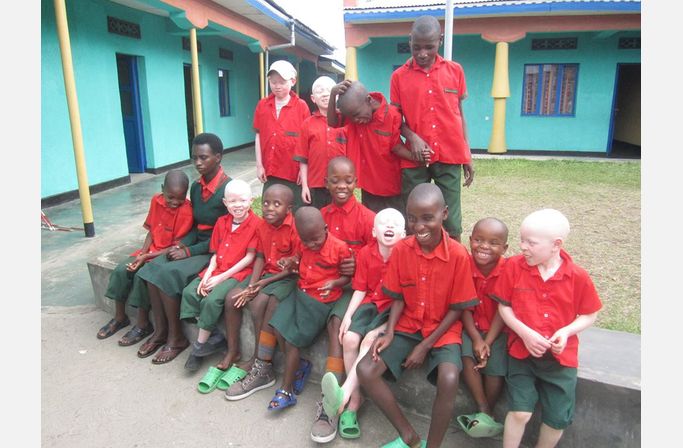 Children with visual impairment and other disabilities in developing countries like Rwanda face enormous challenges. At best, they are sent to a government school with sighted children in classes of up to 100 students. At worst, they are neglected and sent out to beg, seen as a burden to the family instead of as uniquely talented individuals that can thrive and have productive and meaningful lives. There is a higher incidence of blindness in children (and adults) in developing countries because of inadequate medical facilities and lack of treatment.

The World Health Organization (WHO) estimates that 1 out of every 100 people in Rwanda is visually impaired, which is approximately 115,000 people. 42% of Rwanda’s population is 14 and under, meaning that there are nearly 50,000 visually impaired children in Rwanda. There are currently 2 other small schools for the blind in Rwanda serving only a few hundred children total. Neither of these schools is located near the Musanze district of Rwanda in Northwestern Rwanda. The need for a school of this nature in this community is clear.

BSVI officially opened its doors on January 26, 2015 with 7 students and now serves 32 students in grades Primary 1 through Primary 5 (the Rwandan school year goes from January to October). The school started with a small number of students, and more are added as the school becomes more established to carefully implement the plans and develop an effective institution before opening its doors to more students. All of the children live at the school because of the challenge of daily transportation from the rural areas. This also gives the school the opportunity to teach the children how to manage themselves with more independence.

Because of the small size of the school and the costs of an effective education for these students, the cost to educate a student at BSVI is approximately $1,600/year or $130/month.

Any amount of monthly donations to the school is welcome.

Education Equals Hope is a 501(c)3 that provides HOPE through education to those living in desperate and difficult situations. Your non-profit donation is tax-deductible. EIN#27-0832096